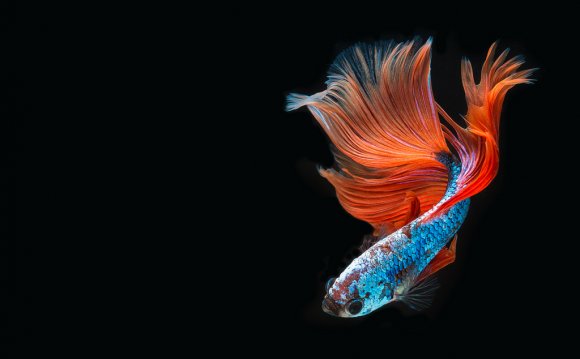 A team of biologists has discovered a new species of bubble-nesting fighting fish in Samut Sakhon Province, Thailand.

The new species, called Betta mahachaiensis, belongs to the Betta splendens group in the family Osphronemidae.

B. mahachaiensis has a body length of about 1.4 inches (3.5 cm) and differs from other members of the B. splendens group by an iridescent green/bluish-green appearance on the brown-to-black body background.

The name mahachaiensis is derived from Thai name for a subdistrict of Samut Sakhon Province – Maha Chai, the site where first specimens of the species were collected.

According to the biologists, the fish inhabits sites with nipa palms and brackish water: “B. mahachaiensis lives in brackish waters, some quite heavily polluted; pH at catch sites 6.87 – 7.80, salinity 1.1–10.6 ppt. The species was found in nipa palm (Nypa fruticans) swamps, especially, in the water-holding phytotelma of the palm bract, which the pair use for bubble-nest building, courtship, and hatching of fry.”