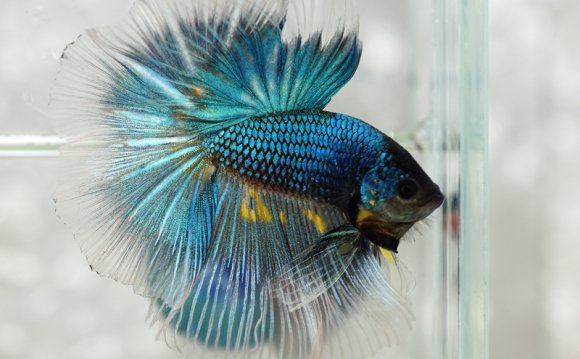 While the social interactions of Betta splendens have been studied in the contexts of dominance hierarchies, mate choice and communication networks, the social partner preferences of Betta have been largely overlooked. In this study, we presented male and female Betta with a single male, a single female, and a group of three females in dichotomous choice tests in order to better understand basic social interactions in this largely nonsocial species. The highly territorial Betta preferred associating with conspecifics in nearly every configuration we tested, with exceptions noted when single females were given the choice between a lone male and an empty chamber, and when males were presented with a single female and an empty chamber. Also, in most tests, the fish chose to spend more time with the larger group of females. The motivation for this preference certainly varied from reproductive to anti-predator. While such behavior might not suggest true shoaling behavior, it does demonstrate a subtle degree of sociality.