How to treat water for Betta fish? 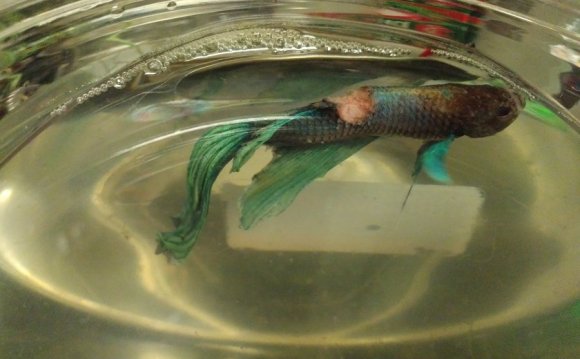 Unlike cats or dogs, fish are hard to take care of in that their entire world depends on the quality of their water. Different chemicals naturally build in water and depending on the water and its source, different toxins can be present. Betta fish, like many fish, are considered hardy and able to thrive in nearly any condition. This is a false sentiment because thriving is not the same thing as surviving and poor conditions are severely cut the lifespan of a betta.

The first thing to understand are the different chemicals to look out for, some of which are more important to be concerned with in regards to different tank sizes. It is important to have a water test kit that can test for these chemicals–it can save a betta’s life!

The first and easiest way to remove these problems is for tanks that are 5 gallons or more, which can establish a cycle. A water cycle is the control of chemicals and bacteria in the water through the use of a filter, making water changes easier. The following contains basic information only.

This chemical is the most common cause of betta death. Ammonia develops from natural waste, the build up of not eaten food, and from the excretion from gills; in the same way humans breath out Co2, Betta fish breath out ammonia. Ammonia poisoning comes in many forms including red/purple gills, lethargy, and red stripes appearing across the body, among symptoms.

Ammonia can be removed from the water in several ways. First is through a water cycle. If the tank in question is under 5 gallons or establishing a cycle is not a possibility, then the second way to remove ammonia is through water changes. Changing the water is the quickest, most effect, way to rid a tank of most problems.

Nitrite is a chemical excretion of good bacteria that eat ammonia. These bacteria do not have time to appear in a non-cycled tank, so those who cycle must pay careful attention to this chemical. Nitrite can harshly poison a betta, with some symptoms including rapid gill movement and extreme lethargy. It can also cause “Brown Blood Disease, ” which is the impairment of a betta’s ability to carry oxygen and circulate blood, causing gills to appear brown. This can lead to the suffocation of the fish.

The only way to get rid of nitrite is do water changes. Some live plants can help decrease nitrites in the water but water changes are still required.

Nitrate is a chemical excreted by nitrite-eating bacteria. Although this chemical cannot harm a betta as much as nitrite or ammonia, it can still poison the fish and kill it. Nitrate poisoning includes spastic swimming, bent spine, curling of the body, and twitching.

Nitrate also can only be removed through water changes.

The Dangers of Hard Water

In addition to toxic chemicals, water hardiness can harm Betta fish as well. Hard water is water that contains high and/or concentrated amounts of minerals. Betta fish can tolerate a water hardness of 5-20 dH or 70-300 GH ppm, preferably with conditions in mid-range. Water hardness is not a usual problem in most areas. Some places like Las Vegas, Nevada have very hard water that is not good for any animals, let alone fish. This is not typical as most water systems contain water softeners, making water safer for consumption.

Because most places have water softeners in the system, it is often not necessary to worry about this but if there is a need to lower the water hardness, there are products that pet stores and fish stores sell to lower the hardiness. It is important not to just place these conditioner into the water but to carefully read the instructions on how to mix them in.

There is always some level of chlorine in water supplies in order to kill harmful bacteria that would otherwise be present in it. However, chlorine is very deadly to a Betta fish and any level above 0.5 ppm will result in death. Water conditioner is needed as a result.

The types of water conditioners vary and treat different things. Thus, it is important not to purchase just any water conditioner at a store. Sometimes the cheapest product will not remove every harmful element in the water, for chlorine is not the only purpose of conditioning treatment. The Seachem Prime conditioner brand, for example, is one of the best brands of water conditioners for that it covers nearly everything that can make water toxic for fish. API Stress Coat, Aqua+Plus, and other conditioners are often recommended as well but do not detoxify ammonia like Seachem Prime does. It is important to read labels before purchase in order to ensure that what needs to be removed from the water will be.