Fish to keep with Betta 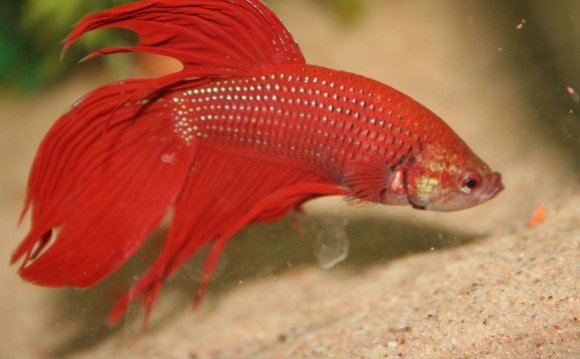 The betta fish is an incredibly popular species that has a reputation for being aggressive. In this article you will learn whether or not you can keep other fish with your betta.

If you know anything about the aquarium hobby you are probably familiar with the betta fish, more commonly known as the Siamese fighting fish. These fish are known for their bright colors and long, flowing fins. They are also known for something else – for fighting to the death with other betta fish if they are kept in the same tank.

You have probably heard that it is never a good idea to keep two betta fish in a tank together – especially if they are both male. But can you keep other fish with your betta? In this article you will learn the basics about betta fish including tips for keeping them with other species.

The betta fish is known by the scientific name Betta splendens and it belongs to the same family as the gourami. These fish are native to various parts of Asia including Laos, Cambodia, Thailand and Vietnam where they can be found living in the standing water habitats of rice patties, floodplains, and canals. This species has been selectively bred to create a wide variety of bright colors and patterns, not to mention unique tail shapes. These are the features that make the betta such a popular species.

Betta fish typically grow to about 3 inches in length, though their fins and tails can be much longer. In the wild, the betta fish exhibits a dull gray, brown, or green coloration which is extremely different from the bright colors seen in the captive betta fish. These fish feed on crustaceans, mosquito larvae and various zooplankton in the wild but, in captivity, they will accept a wide variety of commercial, live, frozen, and freeze-dried foods.

This species prefers warmer tank waters around 73°F to 80°F and they prefer a neutral pH around 7.0.

In terms of tank size requirements for betta fish, there is a great deal of misconception out there. Betta fish are frequently sold in small plastic containers and, in pet stores, they are placed next two tiny one- and two-gallon tanks. This combination of factors leads ill-informed hobbyists to believe that the betta fish can and should be kept in small tank environments. In reality, the betta fish needs just as much space as any other species so it should not be kept in a tank smaller than 5 gallons in capacity. These fish also need adequate filtration to maintain high water quality and a tank heater to maintain a stable tank temperature.


Potential Tank Mates for the Betta

In the wild, the betta fish has been known to live alongside other bettas as well as various species of rasbora, gourami, and loach. It is important to note, however, that betta fish are highly territorial so even in the wild they will not hesitate to fight for their territory. This can become a problem in the home aquarium where space is limited – this is why you frequently hear that keeping bettas with any other fish is a bad idea. If you go about it the right way and choose your tank mates carefully, however, you may have success in keeping your better with other fish.